This past week there was some good news on the house front, progress on my book writing, and a little bit of reading done. On the house front, we are moving closer and closer to closing on the house on April 3 and we are all starting to get nervous as we think about all we have to do to pack and move ourselves 45 minutes away by then.

Our appraisal of the other house led to a price drop, there are some issues the inspection brought up that we are having addressed, and my husband is in full-on moving mode by packing boxes and stacking them in our dining room. Soon I will have nowhere to sit but on boxes, I have a feeling.

As for what I am watching, the majority of the shows I have watched lately are British, so when Erin at Still Life, With Cracker Crumbs mentioned this week that she watches British cozy mysteries it was right up my alley. I feel a bit awkward mentioning Erin again, since I mentioned her last week, as well, and she also mentioned me in her blog this week, but I don’t feel awkward enough not to mention I got the idea for this week’s post from her.

This week I’ve been watching Grantchester (just started), but in the past, I’ve watched some of the same shows Erin has, such as Shakespeare and Hathaway, Death in Paradise, and Rosemary & Thyme. It’s a shame so many people die in these small British towns or in the Caribbean, as in Death in Paradise, but, hey, it’s entertaining for all of us, right? Even if the main characters are harbingers of death. 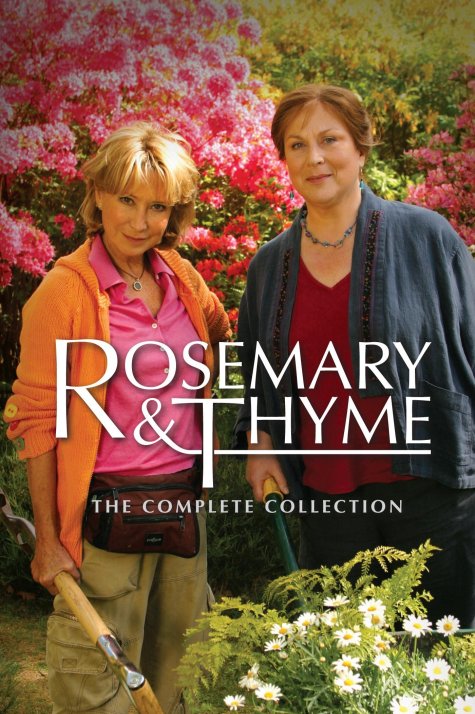 We signed up for Britbox last year so I could get more of the British fix I have craved for some 20-years. As a child, my brother and I sometimes watched Doctor Who on PBS (we didn’t have much choice. We only had four channels back then. It was that or soap operas.) and later Are You Being Served? When I was older I found myself caught up in As Time Goes By (with Judi Dench and which I have mentioned here before). BBC America introduced me to many more shows, some of which my brother had watched, such as Fawlty Towers with John Cleese.

My brother also enjoyed Monty Python, which I introduced my son to recently. My son and husband enjoy it while I just wonder what they were smoking when they made those shows. I also wish, in some ways, my child had not discovered Monty Python because he keeps running into the room yelling “No one expects the Spanish Inquisition!” This is fine except he’s been doing it while I’m in the bathroom and I have this phobia of having a heart attack on a toilet, since that’s how my great-grandmother died, according to family lore.

With Britbox I have watched Miss Marple, as I have mentioned before, Sherlock Holmes with my husband (he’s a huge Sherlock Holmes fan and we have also watched Sherlock with Benedict Cumberbatch, of course.), One Foot in the Grave, The Vicar of Dibley (which I watched before Britbox). I’m not sure how I discovered Miranda years ago, but I remember my husband buying me DVDs of the series from the UK and then me trying to figure out how to change the region on my laptop so I could watch them. Of course, Miranda is now on Hulu and Miranda Hart also has books out, including one about her dog that I didn’t finish for some reason. I need to go do that this week.

I liked Father Brown but had to bail after season five because I hated the one actress and the whole show was just going off the rails to me.

Grantchester is interesting, so far, but I hope the main character starts smiling a little more soon. So far he is dealing with PTSD from fighting in World War II, is starting to become an alcoholic and grappling with his love for a friend who is marrying another man. A bit heavy and depressing, in some ways, but the actor makes it all a little better by his gentle demeanor. It’s strange to watch the lead actor (James Norton) because he reminds me of a guy I went to high school with who is now on Broadway. The guy I went to school with, Lucas Steele, was nominated for a Tony a couple of years ago for playing Anatole in Natasha, Pierre & The Great Comet of 1812. 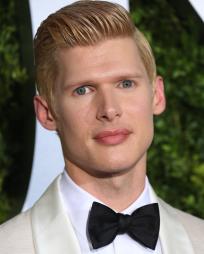 Looking at a photo of them side by side in these two photos, they really don’t look the same (except maybe around the mouth) but something about James’ mannerisms reminds me of Lucas, who, unfortunately for him, got stuck in a Geometry class with me when I was a senior and he was a junior. He was a really sweet kid with an amazing set of singing pipes, and while I haven’t seen him in 20 some years, I’d have to imagine he’s still a sweet guy. The people in the town where we went to high school pile into a tour bus every time he’s in a show (off or on Broadway) to go see him. Right now he’s in something called Emojiland, off-Broadway.

Anyhow, back to Grantchester. Fitting in with Erin’s comment about British shows having no qualms about switching main actors in the middle of a series, I’ve noticed on Amazon that James Norton is being replaced by another actor for Season 4. I’m not sure I’ll make it through Season 1 let alone to Season 4 of Grantchester, but I’ll probably abandon the show when the new guy shows up like I did for the second Detective Inspector for Death in Paradise. I stuck around for the second detective, despite hating how the first DI was written off, but I have no intention starting to fall for a third DI and having them be written off as well. I just read that the entire cast for the show has slowly been replaced in its nine seasons, to the point there are no longer any original cast members left. I mean, at that point, you might as well just call it a night and cancel the show, don’t you think?

The only British show that can really get away with this drastic main character replacing is Doctor Who because it was written into the plot more than 50 years ago when it was made clear that the Doctor has regeneration power. There have now been 13 actors (and one actress) playing that part. After I met my husband, I rediscovered Doctor Who and got him hooked on it. He’s obsessed with the show but I’m not as interested as I once was.  (Who would be now that David Tennant is gone. Sniff. I know that was four Doctors ago, but I still miss him. Daaavid!!!) 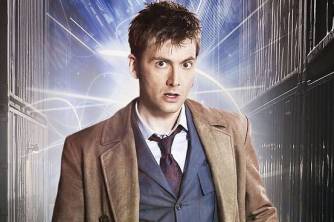 The show is a bit too weird for me; always was, but for some reason I still watched it. The odd scientific mumbo-jumbo makes my head hurt and I’m not a fan of the current female Doctor Who. She’s a good actress but the writers have done a disservice to her by writing her as an overdramatic female who focuses way too much on social issues and too little on alien-fighting, in my opinion.

Not only am I watching British shows right now, but I seem to be reading British books, again thanks to Erin who suggested the Willow Tree Hall books by Alison Sherlock. I finished the first Willow Tree Hall book, Love Begins at Willow Tree Hall, this week. I liked it but I felt it could have ended a lot earlier than it did. It was a bit repetitive for me in the last several chapters. I liked the fact the book was fairly clean and light-hearted and just … I don’t know . . . simple.

I may start the second book this week, but for now, on tap for me in books is finishing A Light in the Window, which is the love story between Father Tim and Cynthia in the Mitford Series by Jan Karon. I read it probably 20 years ago (oh my gosh! I’m so old!) but I have forgotten a lot of it and it has taken on a different meaning now that I’m older. This simple love story between an older couple is right up my alley in this stage of my life, even if I am 20 years younger than they are in the books.

I’m also planning to read a novella by Becky Wade called Take a Chance on Me, which she released for free on Amazon this weekend. I haven’t read her before, but discovered her on Instagram, when I started my author account, and I believe she’s released this novella to promote a new novel in her Misty River Romance series, which will come out later this spring.

On the blog this week I shared a couple of chapters from my book ‘A New Beginning’, which will be out on Kindle later this spring.

I also wrote about a child in a neighboring community who is battling brain cancer and the support that came together for her from the community.

So, how about you? What have you been reading, watching or doing this week? Let me know in the comments. (I stopped asking ‘What are you up to this week?’ when my brother kept answering “About 5’6″.” Sigh. Brothers.)