So far this summer there has been too much playing and not enough cleaning. 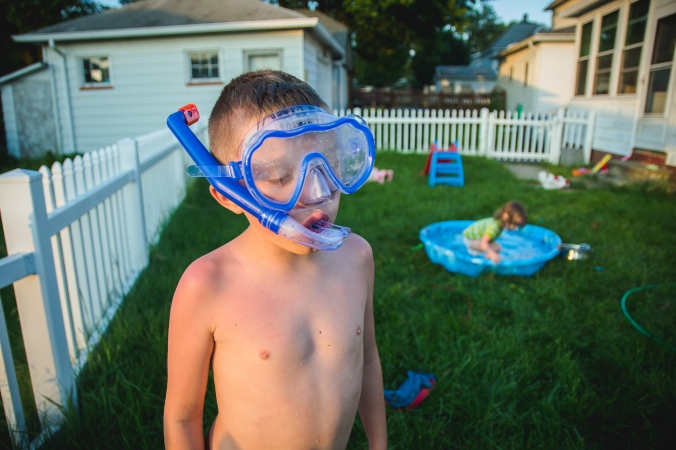 The laundry has taken over the laundry room; there are dirty dishes trying to crawl out of our sink; the neighbors invited us to swim but Little Miss just fell asleep on my lap, covered in paint; Legos are strewn across the living room floor, the aftermath of a battle between me and the adventuresome, trouble maker cat named Pixel; and there is still salt on the floor, gritty like sand, after Little Miss dumped the salt shaker when I wasn’t watching.

If all that wasn’t enough our 18 year old cat Smokey is slowly dying under the dining room table and probably won’t make it through the week.

This has been a year marred by pet loss after losing our 13-year old Chihuahua Jack Russell mix, Copper, in February. We knew Smokey would be next and actually we thought she’d pass before Copper because of her advanced age.

We are a family of old animals. Two years ago our 19 year old all black cat passed away a couple of months after Little Miss was born. At my parents the cat I had from junior high until long after I was married wandered off and disappeared at the age of 16.

The cat I rescued from a relative’s house shortly before marrying was at least 17 years old when she died, while living with my parents who ended up with her since we couldn’t have pets at our apartment in that first year of marriage.

And yet another cat – Leonardo – died just a couple of years ago at around 13 or 14.

The cat I named after watching Romeo and Juliet (the one starring Leonardo DiCaprio) the week he arrived on my parent’s deck after being dropped off and after Mom said “don’t name that cat! If you name him you’ll think we’re keeping him and we are not keeping him.” I was home from college for the weekend and I said “hey, there, Leonardo. You look like a Leonardo.”

Mom said, “I will not stand out there and call Leonardo for him to come for dinner.”

“Leonardo!” I still giggle at the thought of her out there yelling that name she said she would never yell out over the valley and fields below their house on the hill.

For many of those years, until she passed away at 93, my grandmother was the only one Leonardo would let pet him.

He never did let me pet him.

Smokey has tolerated me for years, mainly accepting me only when I started leaving her my leftover milk from my morning cereal. She’s a milk addict. Her affection became even more pronounced when I was pregnant with my son. I was in my phone the day she rubbed her head all over me and I asked Mom what she thought that was about.

And once again her love for me came back to some form of milk.

In the back yard, there is a newly amputated stump of a bush that refused to bloom this spring, for the first time in 14 years. It’s the same bush our puppy once hid his toys under. My melancholy side thinks of its’ death as simply another sign of sadness, another ending.

My hopeful side, which often cowers under the melancholy pessimism, tries its’ best to see it as the closing of one chapter and the start of a new, exciting one.

So even as sadness looms in our midst with the impending passing of our octogenarian kitty, we have been playing and squeezing every last bit out of summer, almost forgetting we have two and a half months left of it.

We’ve been at parks and pools and apparently, I’ve been embracing the idea of letting children learn by doing because I’ve had to wash a lot of paint off my children in the last two weeks.

My art friend Maria came one day, carrying with her a painting she is working on for her sister. She set her easel and paints up on our front porch, igniting an artistic interest in the 2-year old and then that spread to the 10 year old and before we knew it we had an impromptu summer art class happening on the front porch.

The painting continued even after Maria packed up her art and her son (I am picturing him being slide into an art case, but really he’s ten so she just ushered him away from his best friend, my son, and into her car) and headed home. 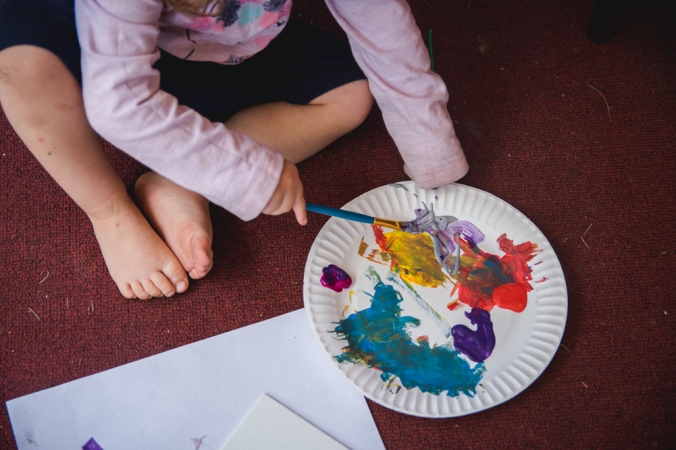 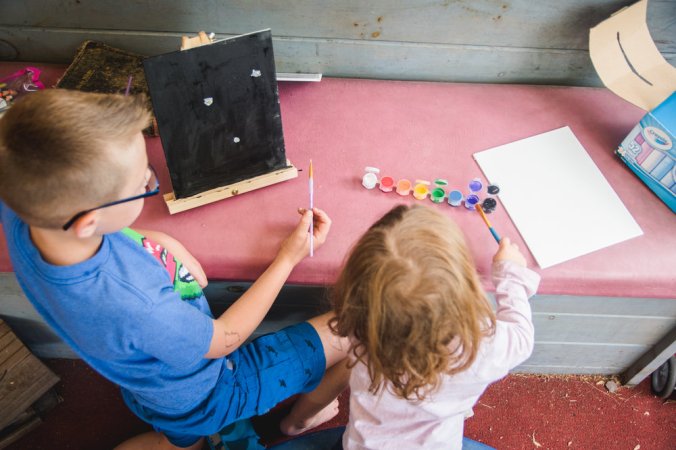 Most of the night consisted of “stop that! That’s my paint!” Until finally I carried the 2-year old inside and away from her older brother so he had the space to create how he wanted to for once. I know siblings should share but even 10-year olds need a little quiet time to think and process.

That impromptu paint party progressed to the purchase of more canvases and paint and even a field easel.

I’m hoping it inspires more art instead of fading into the background, but even if it does, at least the supplies will be there when the creative flame sparks again.